We are calling on the Premier League to adopt a human rights policy after the sale of Newcastle United FC to Saudi Arabia’s sovereign wealth fund, chaired by the Saudi Crown Prince, Mohammed bin Salman, was halted.

As of July 30th,  Saudi Arabia's sovereign wealth fund has withdrawn from the bid for Newcastle United FC due to public scrutiny of the fund's connection to the Saudi Regime.

A huge thank you to the 7000+ people who have already signed the petition - we couldn't have done it without you.

But this still isn't over.

We still need the Premier League to adopt a human rights policy and send a message to the world that torture has no place in football.

In order to achieve this, we still need your signatures to ensure that the Premier League agrees to our demands.

Read more to find out why.

Consideration of a bid by Saudi Arabia’s sovereign wealth fund to buy Newcastle United Football Club raises grave questions about the use of football to divert attention from serious abuses including torture, as well as the responsibility of the Premier League to respond to human rights concerns linked to the game.

Mohammed Bin Salman became Crown Prince of Saudi Arabia and therefore, direct heir to the throne in 2017, at the age of 31, following a family reshuffle. He holds huge power. Officially he is second in command to his father the king, but is often referred to as the power behind the throne and seen as de facto ruler of the country. As well as Crown Prince, Mohammed bin Salman also holds the roles of both Deputy Prime Minister and Defence Minister. He was given the latter position by his then 79 year old father in 2015. One of his first initiatives was a military campaign in Yemen, which continues to this day and has seen Saudi Arabia linked to possible war crimes.

Under his leadership a crackdown on dissenting voices, including women human rights defenders, has taken place in recent years while torture is carried out systematically. Outside of the country, a recent report published by the UN details the role of Saudi Arabian security agents in torture in Yemeni detention facilities.

The brutal murder of Jamal Khashoggi at the Saudi consulate in Istanbul 2018 drew condemnation from around the world. Last year, the UN’s Special Rapporteur on Extrajudicial Executions found that “Saudi high-level officials planned, oversaw and/or endorsed the mission” and affirmed the responsibility of the state of Saudi Arabia for the journalist’s execution.

Why are we campaigning against the sale of Newcastle United to Saudi Arabia?

The Premier League has a responsibility, set out in international guidance by the UN, to respect human rights throughout its business operations and avoid activities that could have a negative impact on human rights. The purchase of Newcastle United by the Public Investment Fund could not only tarnish the global image of British football, it could be used to burnish the image of a torturing state.

This practice, known as “sportswashing”, is a PR tool that Saudi Arabia seems to be increasingly turning to, to generate a more progressive view of the country and deflect scrutiny of its appalling human rights record. If this sale does go through, the beautiful game risks contributing to something very ugly.

How can you help?

The Premier League is one of Britain’s largest exports.

Allowing the sale of Newcastle United to a torturer sends a message globally that torture is okay.

We’re calling on Premier League to halt the sale of Newcastle United FC to Saudi Arabia’s sovereign wealth fund. Will you join us?

If you sign our petition, you will be asking the Premier League to:

It is time for the Premier League to make it clear that torture has no place in football.

It only takes 2 minutes. 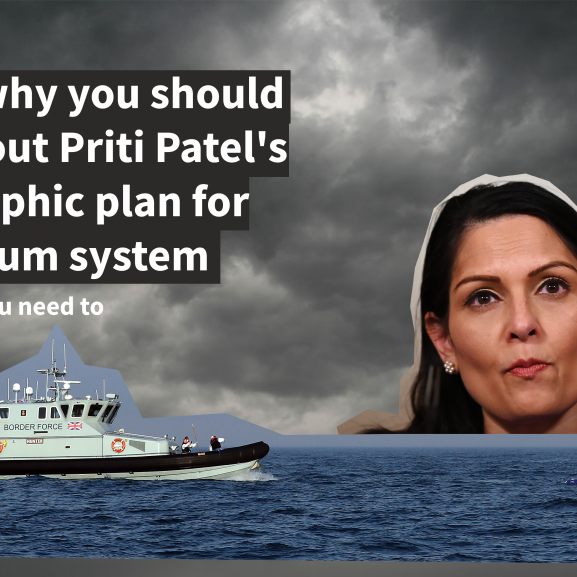