The Iranian government uses torture to create fear, and suppress political dissent. This is Hamid's* story.

All his life, Hamid had experienced discrimination in Iran because he was of Arab ethnicity.

One day, at university, he joined a small gathering of Arab students, where people were making speeches calling for freedom of speech and for the Arab culture to be respected.

Suddenly police appeared. They started insulting the Arab students and rounded them up, using handcuffs and blindfolds. They were taken to an unknown place.

At first, all the students were kept in one room. But, not long after, Hamid was separated. He was taken to a small, foul-smelling, with no toilet. If he asked to go to the toilet, he was severely beaten.

They suspended him by his wrists and ankles, and used a pipe to beat him on the soles of his feet.

Interrogators asked questions about whom Hamid was taking orders from, and for the names of his friends. They tried to force him to sign a confession, but he refused. This made the interrogators very angry, and they threatened him with further torture. They suspended him by his wrists and ankles, and used a pipe to beat him on the soles of his feet.

After a few days, Hamid was transferred to prison. It was a year before he appeared before a judge, but he received neither a sentence, nor bail, and was returned to prison for years.

He was detained amongst serious offenders, who harassed him, and made his time in prison especially difficult.

Eventually, his father managed to bribe an official for his release, on condition that the deeds to the family home were handed over. Fearing for Hamid’s future, his father arranged for his escape from Iran. Travelling via an agent he eventually arrived in the UK.

Hamid’s legal representative commissioned Freedom from Torture to prepare a medico-legal report documenting evidence of his torture. The report was included in his claim for asylum and Hamid was eventually granted refugee status in the UK.

*Names have been changed, and some identifying details have been omitted to protect the anonymity of survivors. 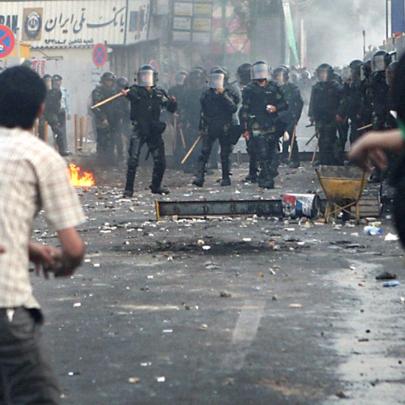