When Pauline applied for asylum in the UK she believed that she would be finding safety and security. Instead, she faced years of poverty and homelessness. She tells her story.

I fled my country, I spent years in the asylum system. The Home Office just wouldn’t believe my story of how I had been detained and tortured. My first claim was refused and I had to submit a fresh claim, before they accepted what had happened to me and granted me refugee status.

I spent years living as a homeless person. When I came to London I first lived with a friend but later things went wrong and she said I had to leave. It was very difficult for me. I had to beg people for money to survive.

I spent several years living on Section 4 (PDF) which is administered by NASS [National Asylum Support Service]. I was provided with basic accommodation and given a weekly voucher I could use it to buy food and a few other basic items.

I spent several years living on Section 4 (PDF) which is administered by NASS [National Asylum Support Service]...it was a terrible system for me...I used to beg people to take the voucher and give me cash instead but no one wanted it.

Although this might sound good, it was a terrible system for me. It could only be used at a supermarket and the nearest was quite a long way from where I stayed. Supermarkets are quite expensive and they don’t always have the food I need. I couldn’t use the voucher at the market, where I can buy the sort of food I want and it is cheaper as well. I used to beg people to take the voucher and give me cash instead but no one wanted it.

I couldn’t use the voucher for the other things I needed, like topping up my mobile phone credit. We get calls and texts telling us where and when to go for appointments, we need to be able to receive and reply to them but we can’t do it if we can’t to top up our mobile credit. And those appointments, for example, reporting to the Home Office at the right time are so important to us.

I remember one time I stood at a bus stop and begged a woman there to give me some money so I could take the bus and make my appointment. She said no and then threatened to call the police to take me away. I just started crying – I was in such despair.

Living without money and a proper home made my illness worse. I was so ill that I was hospitalised for four months before I was sent to temporary accommodation.

In those days I seemed to cry a lot. Life was so difficult and my situation seemed hopeless. Living without money and a proper home made my illness worse. I was so ill that I was hospitalised for four months before I was sent to temporary accommodation.

Now I have refugee status and things are more settled but before then I really just existed. I am on benefits, so I can go to the market and buy what food I want. I can buy food from my country – food like cassava and semolina, and sometimes some fish – it all reminds me of home.

I am still ill, I can’t walk easily and get dizzy spells, and life is difficult, but I get by. I still attend therapy sessions at Freedom from Torture to help me overcome the terrible memories of the torture I suffered. 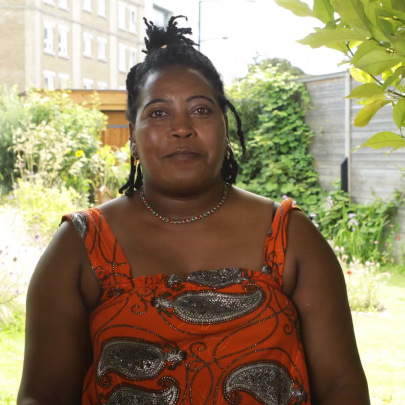 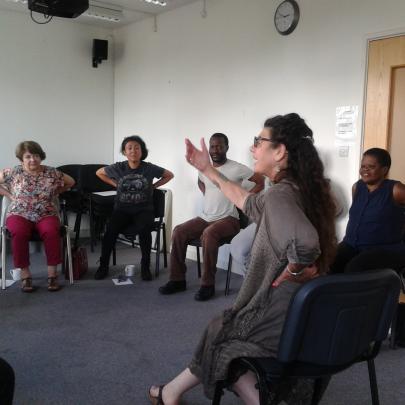 Voices that change the world: Write to Life members on recovering their voices