This #RefugeeWeek2019, we’re featuring a survivor’s story a day so you can learn about the experiences of a variety of people who have survived torture as they try to rebuild their lives here in the UK. We’ll be hearing about stories of Home Office and asylum support challenges to stories about threat of detention and hopes for the future.

By Marsha, a member of our creative writing group Write to Life

I am here to tell my story. Although it doesn’t feel like my story at all. I was only the victim from the beginning to the end of that incident in 2013. The details I didn’t want to share with anyone. I never want to in future either. It is like opening Pandora’s box. I don’t know how to be prepared for all those unexpected emotions. It clamps my brain, leaving no escape.

Then came the time I had to reveal my unwanted secrets to complete strangers and in a different language. I knew that in spoken words I wouldn’t be able to express it. So, I started writing in my time alone. Pouring my heart onto blank pages and travelling through memory lanes to get something done. Let’s call this an asylum seeker’s statement. The irony is, before 2016, day and night my only aim was to forget what had happened to me in 2013. Despite that, when I finished my fifteen page statement and read it back, I was stunned. I didn’t realise how much pain I was holding inside me. It came out literally as the written version of all the misery of my entire life. It is not easy to explain an asylum seeker’s past and present to readers who wouldn’t be interested in, or perhaps not capable of understanding, the situation, circumstances, perspectives at all. It is not easy to establish even a truth which can save several lives.

My first asylum interview at Lunar House in Croydon was all about being listed as an official refugee in the UK. Being in that building felt like I was living my story again. No one had time to listen to my story then. They just knew how to work within the system. The only option I had was to wait patiently for the moment when someone would shout out my name. I was desperate to tell the details, but the interviewer stopped me right there. Without even looking at me, she told me to save my story for the second interview. After that she rejected most of my documents either because they were not in English or not the originals. I couldn’t get my head around how a torture victim would be able to provide solid evidence of why and how he or she was tortured. I had only my story with me which they eventually accepted only as an applicant’s statement.

I had trust issues, insecurity, nervousness; most of the time I used to behave like a trapped animal.

I sent my statement to my lawyer by email. In the next appointment he looked at me for a while without saying a single word. I hadn’t managed to tell him much before. I only knew at that time I had to survive. Please do not send me back. I must make sure my family members are safe. If I turn up at their door, I would drag them down to my misery again. I had trust issues, insecurity, nervousness; most of the time I used to behave like a trapped animal.

So my lawyer suggested casually that I write down the events with dates and details as a chronology, to support my claim to refugee status. My lawyer was a good man. He had a lot of sympathy for me. He understood my situation as a human being. At the same time, he helped me to organise my case accordingly. He made me aware of the Home Office’s ‘hostile environment’ towards asylum seekers. He also agreed with me that the blindfolded lady of justice doesn’t represent impartiality anymore. More likely she doesn’t want to see the truth appearing on a victim’s face.

After handing over the documents to her for the second time, I could only pick out short answers from my yet untold story in response to her questions. My interviewer had never seen my statement, my case worker who knew my case was not interviewing me; I had to match the pauses in my story to the interviewer’s typing speed. My story was distorted more and more as the interview continued. By the end of the day, that interview brought me another meltdown: a totally traumatic experience.

Another day, another stranger with whom I must share my story. My doctor from Freedom from Torture had to prepare a Medico Legal Report which could support my case as evidence. She might read my statement before she met me, but she wanted to hear it from me anyway. It took us a few sessions to go over the story. The doctor combined my statement, our conversation and her professional knowledge all together.

Do you know how it feels when someone else is telling your story? It never gets to the point where you feel that was exactly what you meant.

Do you know how it feels when someone else is telling your story? It never gets to the point where you feel that was exactly what you meant. Accordingly, the doctor and I were going back and forth a lot regarding the drafts of the report, because I couldn’t take any chances with typos, mistakes, misunderstandings, wrong information or wrong impressions.  Finally, I got my story into the structure of a medico-legal perspective. The doctor’s report finally convinced the immigration authority of the truth of my story.

But it was too late.

The Home Office caseworker rejected my case. Her record of the interview I found to be another misleading version of my story. I had never mentioned having been a journalist as a reason to claim asylum, but they rejected me on the basis that I had. There were references to previous cases where documents had been forged: according to my case worker these were relevant to my case. How could I accept this comparison? The whole system seemed as though it was working to undermine my case and to keep the immigration count as low as possible. I had to challenge the Home Office. I had to speak out: ‘Hey! You’ve got my story wrong.’

I had never been to prison or to court in my country. I didn’t know how judges looked beyond the silver screen. Now was the moment. Again, a typical Home Office situation. The Home Office lawyer had never received my documents in evidence. The honourable judge allowed us to provide the relevant documents to the opposition lawyer and for him to go through this huge pile of documents in the space of just one hour. The opposition lawyer showed his ignorance regarding my country’s political and social profile. He concluded my situation was not life-threatening at all.

It was the time for the honourable judge to read the verdict. She had read my statement, studied my evidence and observed me during the hearing in the court. She had seen it all. My story was written on my face as fear for my life, a helpless struggle with uncertainty. The judge believed in me and wished me good luck to start a new life.

My story would have remained only my story if I hadn’t poured it out onto those blank pages. Now it is a statement which has been saved in the Home Office and the Court archives. The statement brought me freedom, the title of a refugee, the motivation to move on in my life. I had to say goodbye to my story in order to welcome the joy of living.

We want to make as much noise as we can this Refugee Week because we want to live in a country that is certain torture is always wrong. A place that believes in compassion and fairness. A place that welcomes people who have survived torture.

If you share this vision, stay tuned for our social media activity and sign the declaration to make the UK #ASafePlace this Refugee Week.

A Safe Place - My new country, by Jade 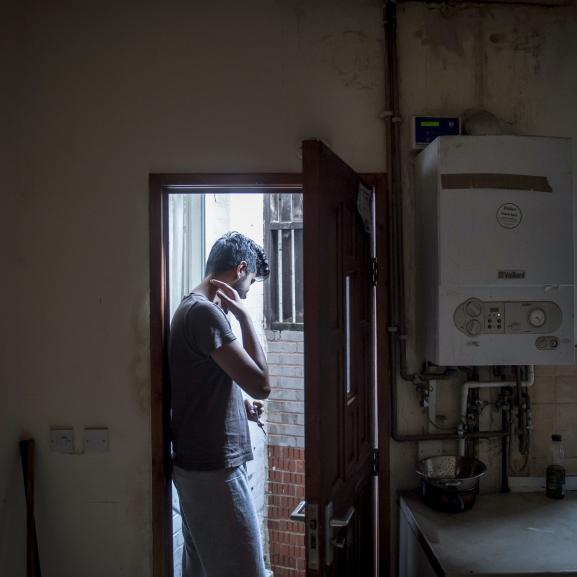 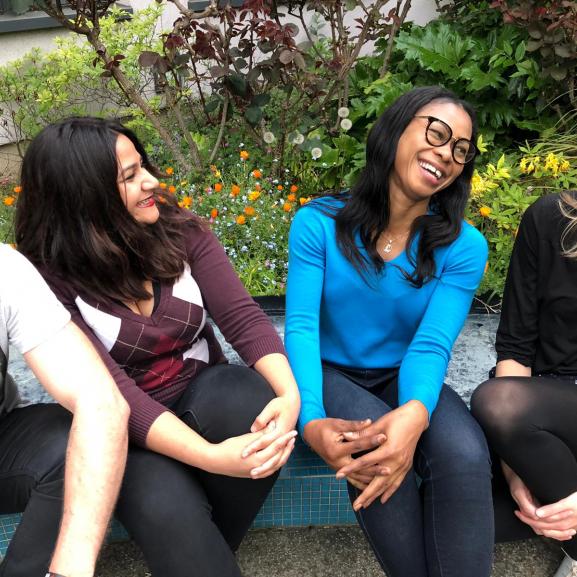 A safe place: our campaign to make the UK a fairer place for survivors