This #RefugeeWeek2019, we’re featuring a survivor’s story a day so you can learn about the experiences of a variety of people who have survived torture as they try to rebuild their lives here in the UK. We’ll be hearing about stories of Home Office and asylum support challenges to stories about threat of detention and hopes for the future.

Welcome to Yarl's Wood Detention Centre, by Joy a member of our creative writing group Write to Life*

That's what they said when I got out of the van and went into the building. But the place wasn't very welcoming, and I wasn't treated like a guest.

I had arrived in the UK seeking asylum the previous year. I had been imprisoned and tortured in my home country. In the UK I expected some humanity. Where I come from the UK is a role model for human rights, so I was shocked to find ill-treatment and abuse.

I had been imprisoned and tortured in my home country. In the UK I expected some humanity. Where I come from the UK is a role model for human rights, so I was shocked to find ill-treatment and abuse.

I was led down a long corridor with a lot of doors by a uniformed man. He didn't say anything to me; the only sounds were his heavy footsteps and his keys in the endless doors. It was intimidating and scary.

I was sharing a room with another young girl. She told me she didn't want to go back to her country. I didn't ask her why not, because it made me think too much of my own situation.

One night, four guards came into the room. They had come to send my roommate back to her country. We were both terrified. She said, 'I'm not going, I'm going to die here.' She asked if she could go to the toilet. And the guards waited, sitting on the bed, watching the locked door.

Five minutes, ten minutes, fifteen minutes passed. They called another security guard to unlock the door. She'd drunk the shampoo. She tried to stop them touching her. They pulled her stuff out of her cupboard and put it in a black bin liner, then they started dragging her out of the room. I was sitting there stunned, watching her flailing arms as she tried to stop them. I didn't know what else to do, I just watched.

After a few minutes I started to vomit, and then my bowels went. I was terrified this would happen to me. It was like watching the future. I did not know what I could do to save myself.

I was scared of the security guards. Their white shirts and black trousers reminded me of violence. I felt nobody was safe. The only place I trusted was my bed.

I didn't eat for five days.

Despite evidence of the harm it causes, the UK Home Office is still detaining survivors of torture for immigration purposes.

Can you tell the difference?

My new roommate asked for a doctor to come and see me, but security refused to call one.

Some of the other detained women became worried about me. They helped me to shower. I was so weak I couldn't stand. At lunchtime the same women made me go to the dining room.

They brought me some soup and told me to drink it. I started but I couldn't keep it in. I vomited.

Security called a nurse to clean it up. He grabbed my wrist and asked 'Why are you vomiting here? You should vomit in your own room.' I tried to pull my hand away but I was too weak.

The nurse and my roommate held me up as we went back to my room. In the corridor we saw a female security guard, who took one look at me and instructed the nurse to call the doctor.

In the afternoon the doctor came to my room. He looked shocked and called an ambulance. An hour later I was in hospital. I couldn't walk but they still sent two security guards with me. The hospital doctor asked me what had happened, but the security guards were sitting right by me so I couldn't tell him anything. He kept asking, again and again, but I kept my mouth shut.

My experience in Yarl's Wood stayed with me for many years. I lived in constant fear of being sent back there and lost all faith in the system.

Day and night those guards stayed by my bed watching me. Even when I used the toilet they came with me and told me to leave the door open. I felt that animals have more rights in this country than asylum seekers.

I asked the doctor to help me, and after five days the security guards left. After eleven days, the Home Office said that if I had an address to go to, I could be released. If not, I had to go back to Yarl's Wood. Of course I found an address.

My experience in Yarl's Wood stayed with me for many years. I lived in constant fear of being sent back there and lost all faith in the system. I wouldn't have come to the UK if I wasn't in fear for my life in my home country, I expected protection.

But now I know that what you see and hear, and what you expect, are totally different.

Joy is a former client of  Freedom from Torture and a member of  Survivors Speak OUT, a  network of former Freedom from Torture clients who use their lived experience of torture to raise awareness of the challenges survivors face trying to rebuild their lives in the UK. Joy was detained in Yarl's Wood on three separate occasions between 2004 and 2006.

We want to make as much noise as we can this Refugee Week because we want to live in a country that is certain torture is always wrong. A place that believes in compassion and fairness. A place that welcomes people who have survived torture.

If you share this vision, stay tuned for our social media activity and sign the declaration to make the UK #ASafePlace this Refugee Week. 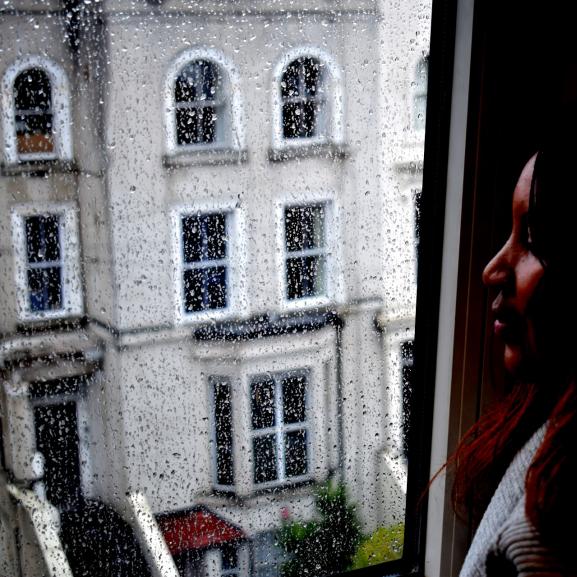 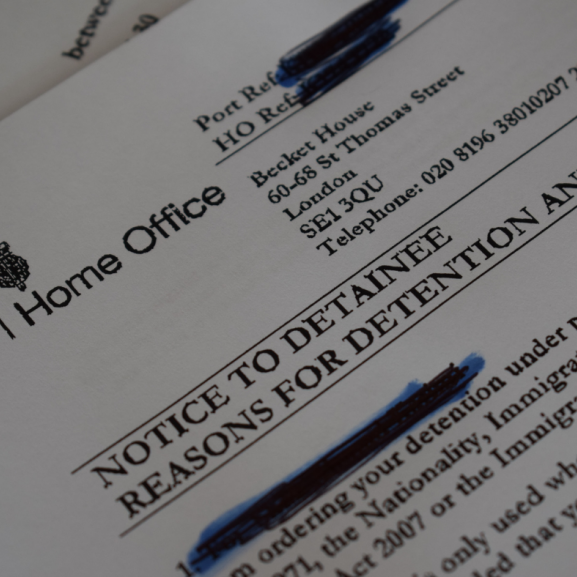 My Story vs My Statement, by Marsha: a survivor's story this Refugee Week