This was a high-stakes affair, with the clients keen to make up for their defeat in these two teams’ last meeting. Coming off a regular string of recent matches, they had form on their side, but their appearance at a tournament in Hull earlier this week, featuring teams of refugees and torture survivors from around the UK, meant that a number of key players were short on match fitness.

Freedom from Torture’s football therapy programme was set up in 2012 as part of our ongoing relationship with the Arsenal Community Trust (our London therapy centre sits right next door to the Emirates). Having begun by mentoring one of Freedom from Torture’s clients, all of whom are torture survivors seeking refuge in the UK, the programme developed into broader group therapy focusing on English language skills. Eventually this became a weekly football therapy session, aiming to address clients’ social isolation, build their confidence, and help them move on from their former experiences as torture survivors.

“We’ve seen the positive impact our sessions have had on the guys’ health and wellbeing over the last five years: by assessing this in detail and getting proper clinical evidence, we can look to improve the programme even further”.

The next stage in the project involves a detailed assessment of its clinical benefits for each client. Jack from the Arsenal Community Trust tells me:

“We’ve seen the positive impact our sessions have had on the guys’ health and wellbeing over the last five years: by assessing this in detail and getting proper clinical evidence, we can look to improve the programme even further”

Before then, though, he jokes that we might need to invest in some goal-line technology, after a dubious offside decision sees the clients go 2-1 up shortly before half-time. The staff team, led by the head of the Survivors Speak OUT initiative Kolbassia Haoussou, have a decent-looking appeal for a penalty turned down, before equalising and then taking the lead themselves. A late equaliser for the clients mean that the match finishes 3-3, played in a fiercely competitive but good-natured atmosphere.

Speaking to Freedom from Torture’s clients, it becomes apparent that the value of the football therapy programme extends far deeper than just the results on their pitch: “I’ve been coming here for three and a half years” says Richard, gesturing to his team-mates: “they’re like a family to me now”.

What is systemic racism and how does it affect our immigration system in the UK?

Asylum support: a 26p a day increase is no increase at all 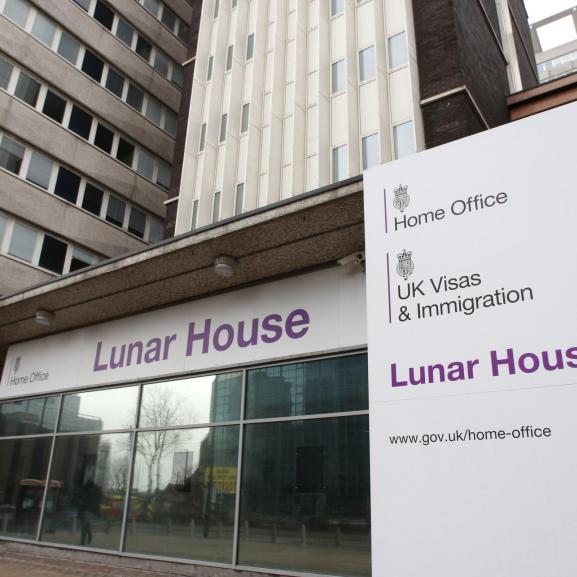 Our joint-letter on action to prevent BAME deaths