Freedom from Torture's Lessons Not Learned report highlighted a series of failures in Home Office decision-making on asylum claims spanning 15 years. Today, leading refugee and migrant organisations have published an open letter to the Home Secretary, the Rt Hon Priti Patel MP signed by over 6,500 people calling for high level commitment to a humane, fair and efficient asylum and immigration decision-making process that has a culture of protection at its heart.

We call on you to promote a humane immigration and asylum decision-making system in the UK. Too many people seeking refuge in this country are disbelieved and wrongly turned away by Home Office decision-makers. In order to prove they need safety here, they often must endure an appeals process that is lengthy, traumatic and costly to the taxpayer. In 2018, nearly 2 in 5 appeals against decisions to refuse asylum were successful.

An important report, following on the heels of the Windrush scandal shows that, despite 15 years of research and recommendations, too little has changed in the treatment of asylum claims in the UK. ‘Lessons Not Learned: the failures of asylum decision-making in the UK’ is authored by Freedom from Torture together with the Helen Bamber Foundation, The Jesuit Refugee Service UK, Joint Council for the Welfare of Immigrants, Refugee Action, Refugee Council, Survivors Speak OUT (SSO) and the UK Lesbian and Gay Immigration Group (UKLGIG).

The report makes for troubling reading, exposing an inhumane and inefficient decision-making system in need of urgent transformation.

We believe that the impetus for reform must come from government. We know that inside the Home Office there is appetite for this. Until it is given full backing by ministers, however, real and lasting change will not be achievable.

The Windrush scandal last year exposed the deep failings endemic to Home Office decision-making. Too often people are wrongly assumed to be dishonest. The result is that people suffer across the board, not least those seeking asylum.

We call on you to take on the report recommendations in full. Above all, we ask that you commit to:

Britain is at a crossroads. Successive governments have failed to counter toxic narratives around immigration and asylum and lead an efficient department that provides protection from persecution to all those who need it.

Change is possible, and essential, but requires commitment at the highest level. We call on you to take this opportunity to lead a fresh, humane and transformative approach. 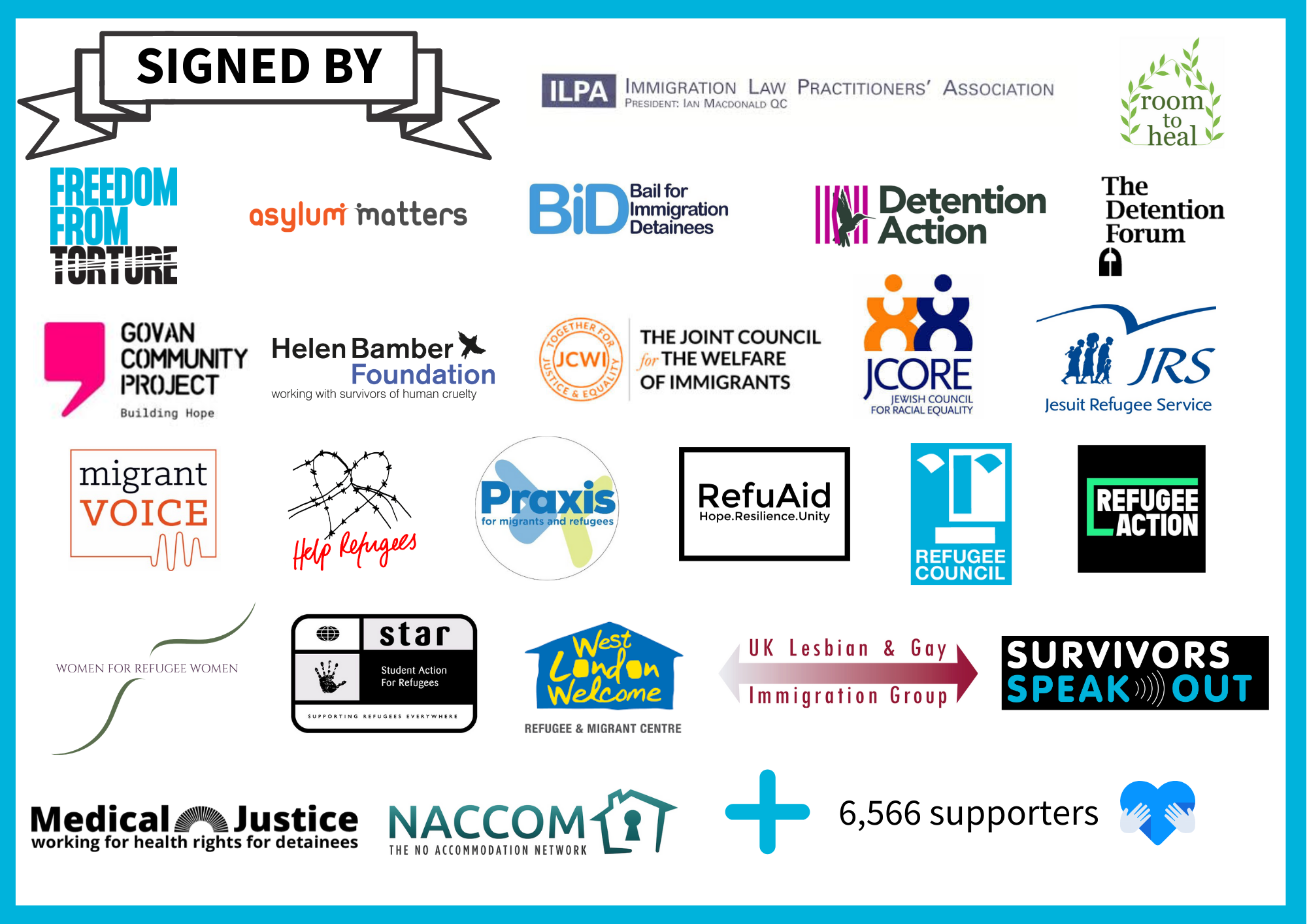