Write to Life participants will again be present at the annual Edinburgh Book Festival and their two of their number will have their essays included in The Freedom Papers, which will be distributed to attendees.

The Edinburgh International Book Festival is one of the world’s largest celebrations of books and reading, covering over 800 events in the two week period. The Amnesty International Imprisoned Writers series showcases authors who have been imprisoned because of their work or whose work reveals what has happened to them in detention.

This year there will be two sessions featuring Write to Life authors in sessions on Torture Survivors on 18 August and Women Empowering Women on 19 August. As previously, Freedom from Torture's Edinburgh Supporters Group has played a leading role in organising the sessions and Moira Dunworth from the group will chair both, which are free of charge. Freedom from Torture Chief Executive Sonya Sceats will also speak before both sessions.

Two Write to Life participants, Hasani and Haydeh Ravesh, are contributing essays to an official anthology called The Freedom Papers, being published by the Festival, and which will be widely distributed throughout the festival period. The anthology features essays, narratives and illustrations by 52 authors from 25 countries.

The Amnesty International Imprisoned Writers series showcases authors who have been imprisoned because of their work or whose work reveals what has happened to them in detention.

Hasani from Zimbabwe was forced to leave because of the imprisonment and torture he suffered for his political opposition to the Mugabe regime. He says:

"Through the 'Write to Life' group I have found a place that helps me to free myself from the turmoil inside. After enduring harsh experiences, sometimes writing them down calms the emotions that their memories bring about… It is through such little words, woven into sentences, that I hope to continue expressing what I believe in, and to contribute, even in a small way, to a better future. As an aspiring writer I appreciate the therapeutic nature of writing."

Haydeh Ravesh is an Iranian woman who spent five years in imprisoned in Evin prison in Tehran in the late 1980s. Her crime? She was a young woman and a political dissident who would not bow her head to the repressive rule of the theocratic state. Her time there was dreadful. She was brutally tortured, so much so that after her release she was hospitalised and disabled.

She was brutally tortured, so much so that after her release she was hospitalised and disabled.

Haydeh had learnt, and later taught, English in Tehran. After her release from prison and partial recovery, her family helped her to leave Iran – she did not want to go but felt she had to. Not only would her life be at risk if she stayed but that of her family also. She sought asylum in the UK and there came into contact with Freedom from Torture.

She sought asylum in the UK and there came into contact with Freedom from Torture.

Haydeh’s involvement with Write to Life has covered two distinct periods. The longer period was in the early years of Right to Life from 2002. Then her career and family commitments meant a long break from creative writing. Now, with a more flexible job as a teaching assistant and a grown up child, she has more time to herself. She started again with Write to Life in late 2017 is enjoying the writing experience again.

Haydeh is working on a memoir of her time in prison – something she has tried to write before but abandoned because of the emotional strain. She is taking one day a week off work to write. All the while she is following closely events in Iran, especially the spontaneous protests by young women again the restrictive clothing rulings placed upon them by the male hierarchy and enforced by zealous religious police.

She is delighted that her essay on "Flying the White Flag for Freedom" will be published in The Freedom Papers. She says:

I really enjoy writing essays. They can start from seeing little things that set off a train of thought. And what you write can be small and short – maybe just one page or a thousand words – but you can say something significant in that space.

The Imprisoned Writers readings will take place on 18 and 19 August at 5.30-6.15 pm in the Baillie Gifford Corner Theatre, Charlotte Square Garden. Freedom from Torture Chief Executive Sonya Sceats will be there to introduce both sessions which are free of charge.

FREEDOM: NOT JUST ANOTHER WORD, Freedom from Torture's major literary event, will return later this year. More information will be available later but meanwhile read about the 2014 event here.

If you live in or around Edinburgh, why not join Freedom from Torture's Edinburgh Supporters Group. Contact them and learn more about their activities. 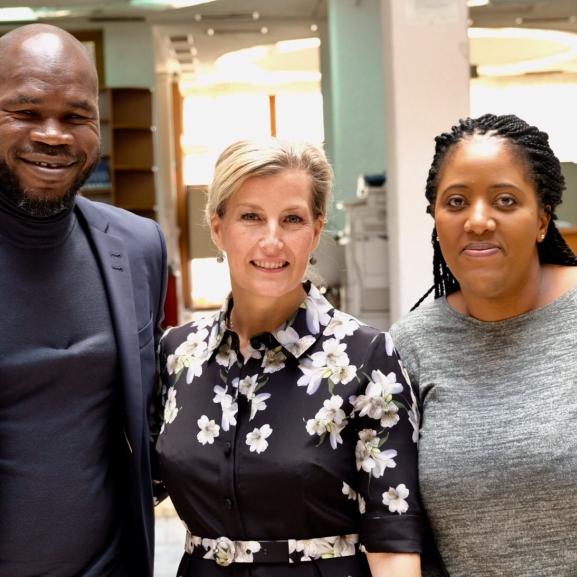